The Slovak game development industry was not stopped by the pandemic as it grew significantly in 2020. According to statistics from Slovak Game Developers Association, the turnover of this segment of the domestic economy surpassed 2019 by 29%. There are 870 professionals working in the industry, 26 games were published and 52% of all companies are located in the Bratislava region.

In 2020, the creators of games in Slovakia achieved a turnover of EUR 72.2 million, while the top 10% of companies accounted for EUR 60.2 million of the total sum. It is also interesting to note that the pandemic and the transition to home-office have no significant impact on domestic game development employers, which is not so common in a large number of creative industries in Slovakia. According to the research, 51% of companies were not financially impacted by the pandemic situation and further 20% even reported a positive impact on their revenues. 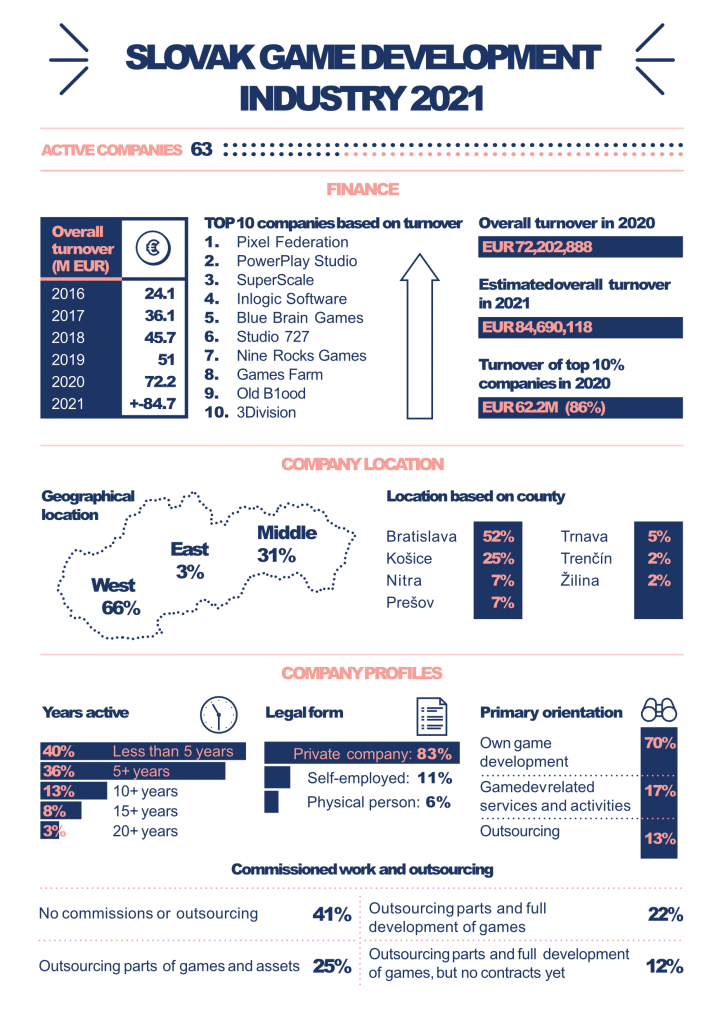 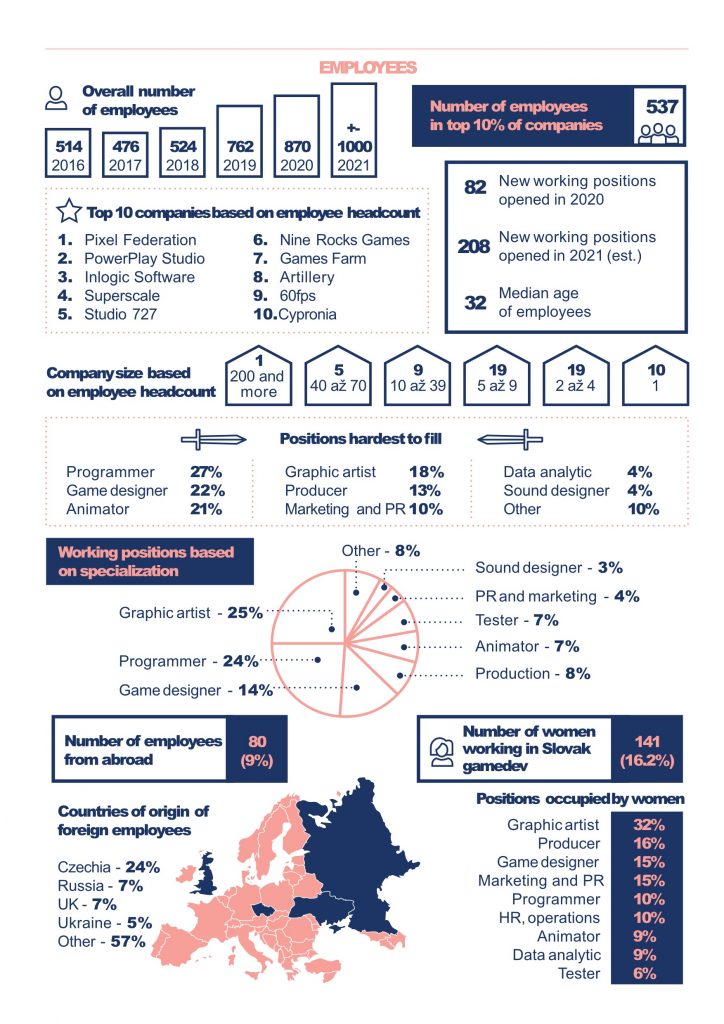 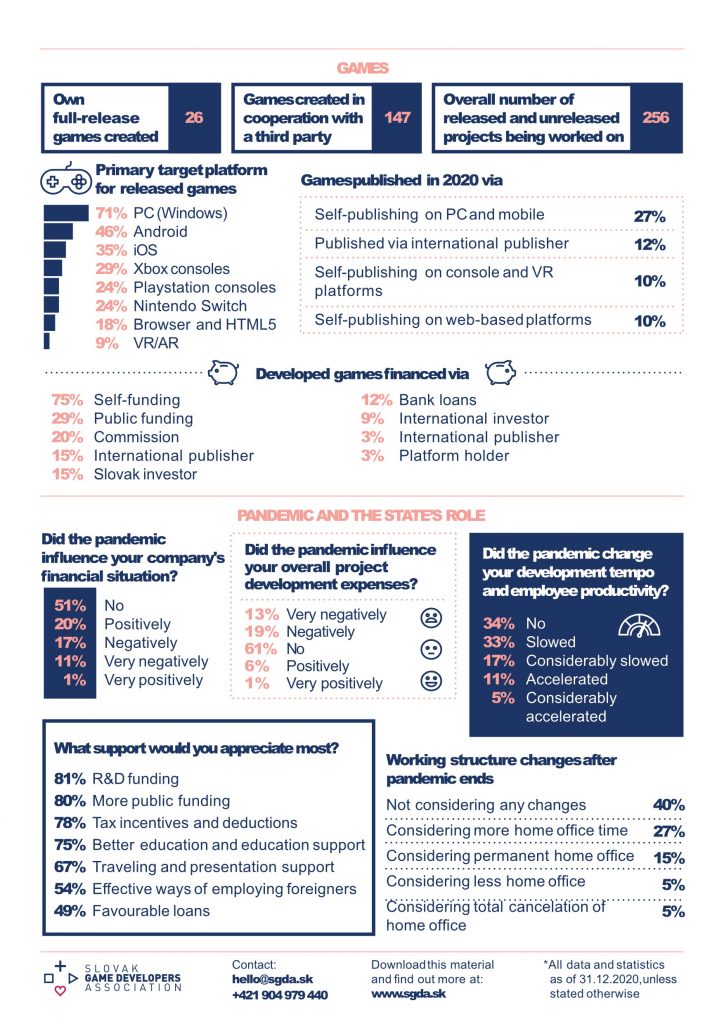 More than 60 companies are professionally engaged in game development in Slovakia, with the Pixel Federation studio in Bratislava being the largest. Other big companies include PowerPlay Studio, SuperScale, Inlogic Software and Blue Brain Games. Companies are mostly concentrated in the Bratislava (50%) and Košice regions (25%).

SGDA further states that domestic developers released up to 26 of their own games in 2020, co-developed 147 projects, and a total of 256 released and unreleased games are being actively developed. The domestic scene is primarily focused on the PC platform, but games published on mobile devices are also strongly represented. Most studios publish games by themselves without the help of foreign publishers.

The companies currently employ 870 professionals, of which 16.2% are women and 9% foreign developers. The most sought-after and most difficult jobs to fill in the gaming industry in Slovakia include programmers, game designers, animators and graphic artists.